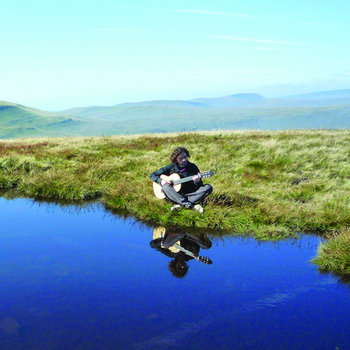 This is Gerard's 3rd CD and features 9 new arrangements and 2 premiere recordings. The programme explores the music of Wales through the ages from hymn tunes and traditional songs to contemporary works.

"Tros y Garreg instantly engages with the listener in its melancholy slow beauty,There is a reviving freshness about these arrangements and it’s far distant from the Welsh equivalent of tartanry. Teifi's Dream is not self-indulgent but is delicate and elusive,. It ends 52 minutes of the most beautiful playing."
Music Web International

"A wonderful understated and unpretentious performance throughout. This is a must for all serious collectors of classical guitar recordings."
Classical Guitar

The idea of magical music has existed in Wales since the remotest of times. It dwells deep in the core of the Celtic nature and is imbued with that quality called Hiraeth which echoes in Welsh music and poetry through the ages, a longing for that which, it seems, life can never give.

Programme notes from the CD

Tros y Garreg tells the story of a warrior returning home after battle. Crossing the
Stone of home he imagines all of the memories the old stone carries from
centuries of war and love. In this arrangement I've tried to capture the conflicting
moods this warrior must have felt. The happiness of returning home safely
contrasted with his melancholy as many friends must have been slain; the
optimism for the future and the horrors of the past.

Gwahoddiad is a favourite Welsh hymn sung by male voice choirs throughout the
land. The hymn has an international history, it was written in America by the
Methodist minister Lewis Hartsough (1828-1919) but was later brought to Wales
and translated into Welsh by Rev. John Roberts (Ieuan Gwyllt). Famously
recorded by Cerys Matthews with a country and western flavour and titled
Arglwydd Dyma Fi (Lord here I am) it was this version that inspired my
arrangement.

Ar Lan y mor (Down by the Sea) is a favourite Welsh love song. My arrangement
of this beautifully simple and elegant tune is a fantasia, an improvisation where I
have tried to evoke the sea and the waves. The middle section represents a
magical parallel world, where things are not quite as they seem, a dreamlike,
underwater realm, where the melody is refracted and magnified as if underwater.

Dafydd a Garreg Wen (David of the White Rock) is a very popular Welsh tune
which first appeared in Edward Jones's book Musical and Poetical Relicks of the
Welsh Bards (1784). It is attributed to the blind harpist Dafydd Owen who on his
deathbed called for his harp and composed this haunting air.

Hiraeth by Grace Williams was originally written for the harp. I was struck by its
ability to present conflicting emotions simultaneously - one of the greatest
powers of music. The mixture of major and minor chords leave the listener in a
state of both happiness and sadness and the accompaniment gently propels you
forward and then back. The melody and accompaniment combine to produce a
sense of yearning, of longing, of Hiraeth. The piece itself is short and is yet so
concentrated, overflowing with music. To paraphrase Benjamin Britten when he
heard Manuel daFalla's guitar masterpiece Homenaje por Le Tombeau de
Claude Debussy the piece is only 4 minutes long but it has 20 minutes of
music in it!

Robert Smith was an organist and lecturer in the University of Bangor,
specialising in baroque and renaissance music. He was commissioned by the
Welsh guitarist Colin Tommis and wrote Two pieces for guitar, each a portrait of
his grandchildren. Amanda's Delight is a distinctive mix of jazz and baroque
influences which he describes as a terse sonata-rondo.

Thomas Tomkins was born in St David's in 1572 and soon became a chorister
at the Cathedral where his father was Master of the Choristers and Organ-player.
His great talent for composition and his prowess at the keyboard took him to the
very heights of musical life, being appointed one of the Chapel Royal organists
and composing music for Charles I's coronation in 1625. He spent 50 years of
his long life as organist of Worcester Cathedral although he always kept in touch
with the musical affairs in the capital. He wrote much choral music, madrigals
and instrumental works for viols and the keyboard. A Short Verse for Edward
Thornburgh is one of his shorter virginal pieces and gives us a glimpse of his
talent.

Tomkins was of course a royalist, who found himself at odds with the
parliamentarians who damaged the Cathedral organ and smashed the beautiful
stained glass windows. He found solace in the composition of keyboard works
and upon hearing news of the execution of the king in 1649 wrote one of his
finest pieces, A Sad Pavan for these Distracted Tymes, full of tense emotion
packed into little space. Welsh born composer Hilary Tann has cleverly woven
sections of this work into her Sad Pavan Forbidding Mourning. Three large
quotes marked with grief with resignation and finally and with hope show us the
journey that this highly charged and original guitar piece takes.

Olwyn Ddwr (Water Wheel) by Gareth Glyn is from a virtuosic suite of Harp
pieces entitled Chwarae Plant (Child's play). By no means child's play to
perform, the pieces were inspired by Tecwyn Vaughan Jones's book about Welsh
playthings of long ago, Teganau Gwerin Cymru. Olwyn Ddwr is a paper propeller
with a twig axle that when placed in a stream rotates in the current, though as the
music depicts its spinning was never quite regular.

Simon Thorne was born in Devon, but now lives and works in Cardiff where he is
active as a composer, improvising musician and theatre artist. Crossing Water
Alone was originally written for the cello and involved much thought when
arranging it for the guitar as the physical act of performing the piece was integral
to the music's meaning. The problems were solved by retuning the guitar strings
in imitation of the cello. The material of the piece plays with the possibility of
three kinds of sound event: notes produced by the normal pushing down of the
strings against the fingerboard, notes produced by lightly touching the strings to
produce harmonics and no sound at all - silence. As the music progresses and
the fingers become lighter on the strings, notes change into harmonics and a
subtle choreography emerges that according to the composer reveals the
interior life of strings.

Teifi's Dream was written the night before my sister was due to give birth to a
baby we all felt would be a boy and was to be named Teifi. I wanted to write a
lullaby for the baby who I imagined would one day grow up to be a great rugby
player and sing Hen Wlad fy Nhadau at the Millennium Stadium in Cardiff. With
this in mind, I wrote out the melody to the national anthem and this reharmonisation
effortlessly followed. Teifi's dream was composed and ready for
the special day. However, after many days of waiting, a beautiful baby girl was
born who still awaits her own song.